Here I am in St Jean d’Angely after 20 days walking from Mont St Michel and 38 days from Daisy Farm. My new guide tells me I have 16 days to the Pyrenees and it takes about 4 weeks after that to Compostela. So not far off halfway…but I must not get ahead of myself!

This letter will be mostly about the extra-ordinary night I spent two nights ago in Beauvoir sr Niort. I had had an uneventful walk from Niort and thought I was fixed up for the night at some camping site. Having circumnavigated the village (large) at least twice and found the only likely place I dared to ring the bell and was met with what appeared to be a friendly Labrador. But the moment I put any foot out of line he became very ‘defensive’.. quite right too. Well it turned out this was not the place and they had no room any way and the place I had booked was 20 miles back in the direction I had just come.

I then discovered the only other likely bed might have been in what called itself misleadingly, as it turned out, L’Auberge de Voyageurs,. Dejectedly I retired to the only cafe in town where the wonderful barman started ringing round to see what he could find with no luck until Guillaume  local builder appeared and said he had a friend nearby who would put me up… did I mind a ‘dry toilet’ . Well this was the first clue as to what I was in for. ‘He leads a very simple life’ says G. Beggars can’t be choosers so off I went with G.. quite a little drive wondering how I was going to get back in the morning. ‘Don’t worry’ says G ‘I am sure he will drive you’. When we arrived we let ourselves in to I can only describe as a 19 century hovel. .. looking round I could see a number of possible places I might be invited to sleep, none of which filled me any sense of comfort.

We went round the back where we found my host Phil , as he was introduced, in his back yard fixing his Alllen Scythe in preparation for a mornings work in the vineyard. Well immediately he cleaned off the grease from his hands and proceeded enthusiastically to offer some of his home brewed beer.. actually very good. Well his neighbour must have a nose for these things because he appeared almost instantaneously. Lot of talking and a bit of drinking and when that bottle was finished we started on the dandelion wine and at the same time a bowl of nuts ( walnuts I think) but very black and aged were produced and crushed and we were all invited to pick at these. During the course of conversation the idea of driving me back to my start point cropped up but Phil said he would not be going there until midday.. why did I not spend the morning with him in the vineyard? Well I came up with some feeble excuse like I had to be in the next place to ensure I did not find myself in the same situation with no bed and that was 32 kms away. Things were not looking good when the other two left after two more bottles of dandelion wine!

Phil returned to fixing his Allen Scythe and then showed me to my room which turned out to be two flights of very dodgy stairs up to the attic where in were two beds, one without any bed clothes and one with but certainly not made up and goodness who or what had been in it last. Phil went to shake out the duvet and was instantly covered in a cloud of feathers, remarking this was strange as it had never been like this before! Quite when was the last time was not clear. I choose the unmade bed and a blanket.

On the way down he was busy explaining the light switch system ( unlikely to have passed any inspection) and asking me to switch off all lights when not in use. I said ‘of course’ and made some mention of the cost. Well this was the wrong and the right remark because he said it was nothing to do with the cost and then gave a half French half English lecture on the dangers of nuclear energy and our misuse of power. I was happy to oblige as I hardly dared touch any switches.

Next dinner.. I was invited to stir a pot of unidentifiable food except for one large aubergine skin while Phil engaged on the telephone. Actually whatever it was it tasted not at all bad. I think his mother had something to do with it. She lives 20 ks away and there was mention of a girl friend in Paris who might had something to do with aubergine. ‘When she last here?’ I enquirer discreetly but got no decipherable answer.  Over dinner an idea had occurred to him, which when he told me immediately reminded me of the look on my dad’s face when he discovered a number of us would be home for a weekend in late spring or so. This was about moving the now not ridden semi wild horses from their winter quarters to the summer pastures. This was a distance of a mile or so down the busy A134. This required a team of us to open and close gates and if unlucky to be asked to hang on to one or more of these horses. If I was to say that on one occasion I saw Lawrence Godfrey suspended between two horses his feet not touching the ground for the entire distance covered at some speed, you will have some idea of what this involved. Now Phil had decided this was an opportunity to move his bee hives and the deal was that if I could help him with this he would be able to drop me off.

At this point desert was served.. basically a pot of goats milk yoghurt. I tucked in to mine and was halfway through it when he said to me ( in his usual half French half English) this was something he had made three years ago! At which point he burst out laughing at the look on my face!.. saying sorry he meant three hours ago!

Phil was the most delightful charming and enthusiastic guy. He was obviously very bright and had chosen to drop out. He was living the real good life. ‘Rien est perdu’ .. nothing is thrown away. Everything stored neatly for another occasion and always willing to share everything. He ran an open house.. all are welcome and one man stayed for four years! Probably the last person to sleep in the bed!

He refused to allow me to wash up. You are my guest for 24 hours. Before bed we had to wedge some sponge foam in to the aperture on the hives to trap the bees inside while asleep. You can imagine how pleased they were going to be when they woke up! So we agreed an early start before the sun was up would be a good idea!

Amazingly after I had put thoughts of mice possibly rats and electricity shortages to the back of my mind , I had a really good nights sleep but waking early. Phil had laid up breakfast. He managed only on what was left of the nuts and like a little squirrel prized a whole bowlful of nuts from what looked to me like a load of spent shells.

Time to transport the bees. He took me over to hive and asked me to listen to the activity inside. It was pretty clear to me they were all very much awake and annoyed at not being able to get out. First they had to be lifted and placed carefully in a very little trailer which we did straining every sinew to be as gentle as possible. Then we set off at least 4ks down a very bumpy track. By this time I was thinking they would be hugely pissed off! We arrived at the site which was the other side of a thorn thicket through which I realise we were expected to carry the hives. Well having cleared the sight with two of his very ancient hand scythes, the time came for the final move. ‘Don’t trip’ says Phil ‘this is very dangerous ‘ . I hardly needed telling. We got the hives in place and I then scrammed not waiting for the removal of the sponge and expecting to see my friend disappear in a cloud of angry bees and not knowing what to do if he did.  All was well!

Phill dropped me off in town and gave me his address (and I gave him mine!) saying anytime I wanted to drop by the door is always open. What a lovely man. 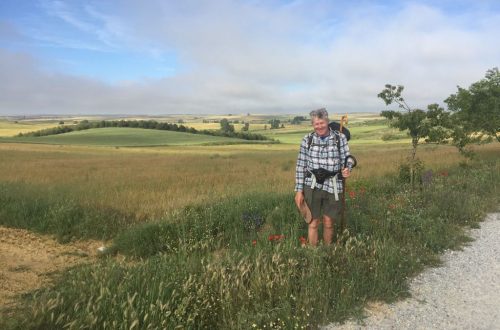 One week on and 150 miles plus 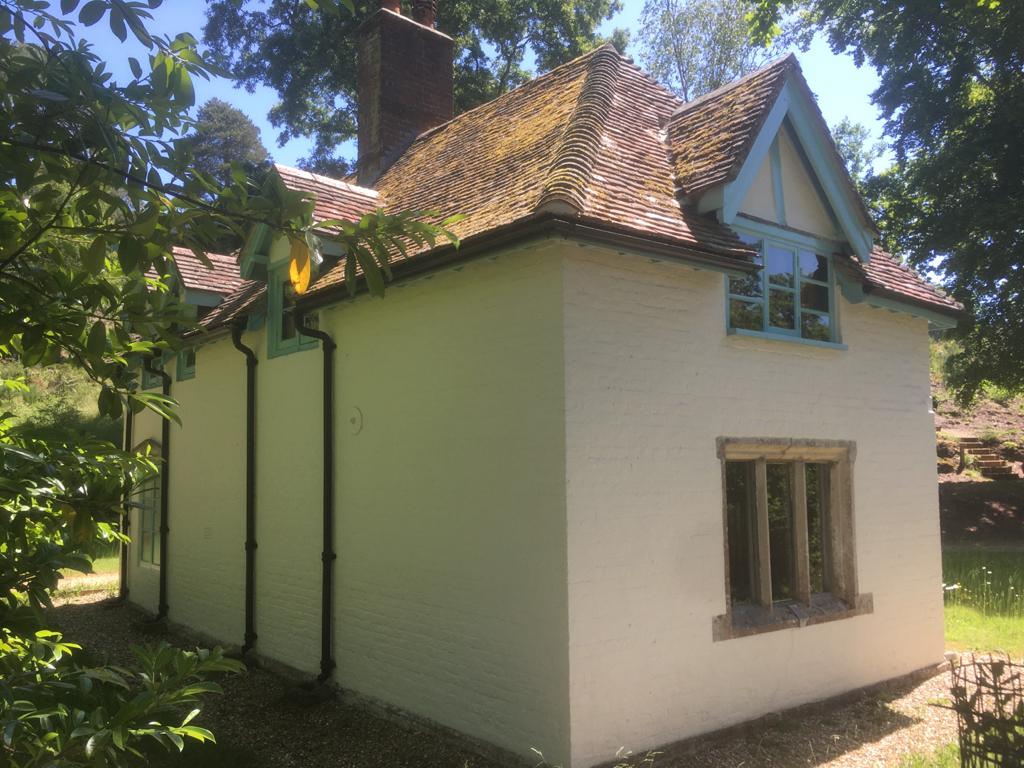 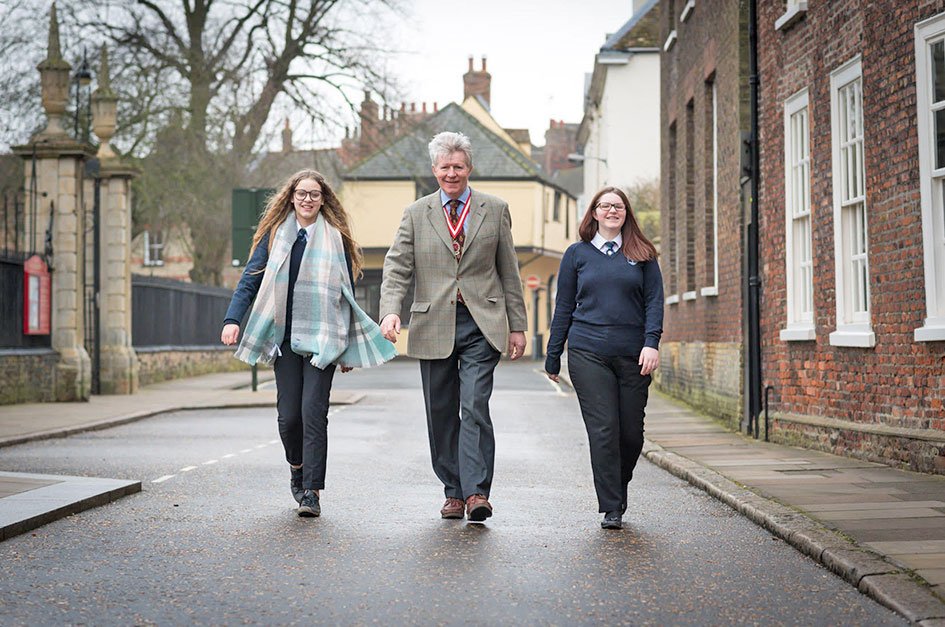